A talk with Jeanie Finlay

"I didn’t go to film school but the films I’ve seen at Broadway have formed a film education."

The past few years have been intense for Broadway-based filmmaker Jeanie Finlay.

Directing not only the highly-anticipated Seahorse but also being deeply embedded on the set of the final season of Game of Thrones for behind-the-scenes documentary The Last Watch, Jeanie has the ability to focus on the intimate, personal and human moments no matter the subject matter. We spoke with Jeanie about how she came to the world of documentary-making and how Broadway has impacted on her career so far.

What’s your relationship with Broadway?

Broadway is one of the first places I came to in my first week of university at NTU, and I thought “Oh, this place is great – it’d be cool to work here.” I started working behind the bar and I progressed from the bar to the kitchen! At the end of a year of being a chef I knew that I never, ever, ever wanted to be paid to make food for other people ever again, so I got a job in the Box Office as an assistant. From there I progressed to Front of House Manager and ran an Audience Development project investigating digital artwork at Broadway.

Through my jobs at Broadway I saved up enough money to pay off my student loan, I got a grant from the Princes Trust which was enough to buy a computer and set up an arts company with a photographer. In 1997 I moved into Broadway, into a big shared incubator office in the basement with lots of other people and it was my first step towards making a living as a creative person.

When did you make that jump from artist to filmmaker?

Eventually, I decided that I had enough work to make a go of it and be an artist in my own right so I went freelance full-time and stopped working for the cinema.

I accidentally fell into making documentary films. I realised that the conversations I had with people when I was photographing them were the most interesting thing, they could be “the work”, so I started to film them.

I ended up making an interactive documentary artwork; Home-Maker. When I was 6 months pregnant, I was commissioned off the back of it by the BBC to make my first film, Teenland, which was a 60-minute for BBC Four.

Once I started making films I knew that this is what I wanted to do for the rest of my life, so I set up my production company, Glimmer Films - and the 10-year anniversary was the night that Game of Thrones: The Last Watch aired on television in 180 countries. It was incredible. 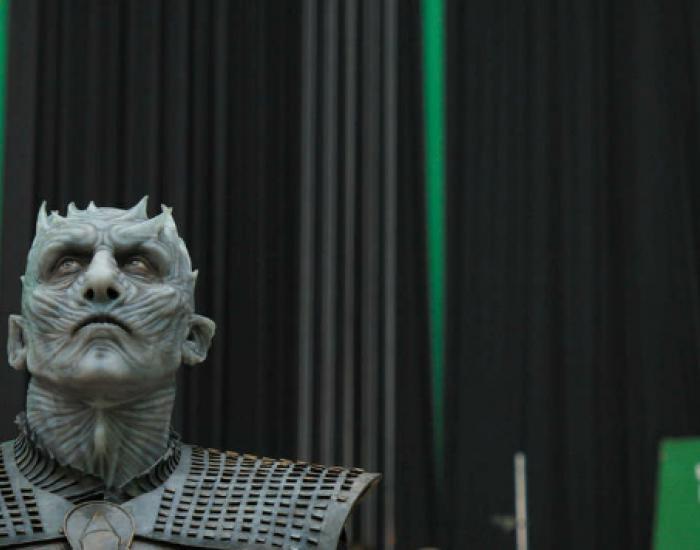 Would you say that The Last Watch is the biggest film that you’ve worked on?

With it being such a large-scale documentary, why did you decide to do post-production at Broadway?

JF: I spent 14 months filming The Last Watch in Belfast, Iceland, Seville, Dubrovnik on multiple trips. I had a flat in Belfast which I shared with Mark Bushnell, my director of photography, who also used to be based at Broadway. We were both away from home on-and-off for over a year which was very tough. I was also making another film at the same time, Seahorse, and I edited that in London for 6 months on-and-off as well. 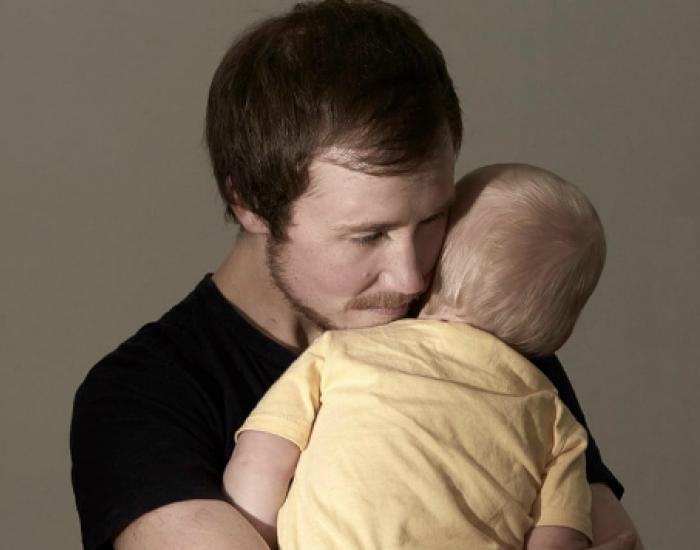 How did Broadway prepare itself for the arrival of Game of Thrones?

JF: When you’re working on the biggest television show in the world, it’s really important that the secrets are kept because people think they like spoilers but actually it’s like finding out that Father Christmas isn’t real. Because I shot on every single episode, I knew all the secrets; I read the scripts at the same time as the cast read the scripts, so I knew everything – unlike Jon Snow!

Potentially any of the material we were editing was vulnerable to the same leaks that the scripts were, so we needed support. The HBO team from New York were amazing. They came to Broadway and worked with the technical team here and made sure that there was a secure line put in, they secured the Glimmer office and made sure that we could work with complete confidence. I mean, the line that we got put in is fast enough for us to be able to work with the team in New York and there was no delay - they could see what we were doing, we could see what they were doing!

It was all a secret. Even though we were in the bar every single day getting our lunch and drinks, the bar staff didn’t know what we were doing.

The other great advantage of being here – one of the best things – is being able to watch rough cuts in the cinema and get a sense of how something’s playing. 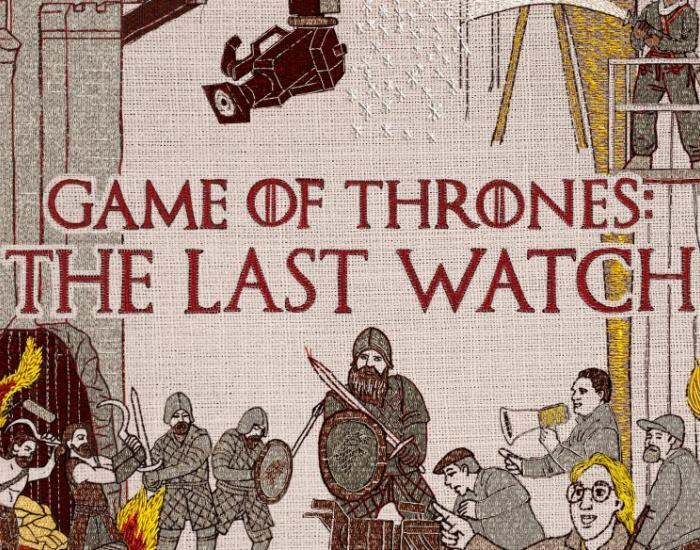 There were strict security guidelines that we needed to adhere to in order to keep the existence of The Last Watch secret, and we also had to guard our footage as it was laden with spoilers for the final season of Game of Thrones. It was a lot of pressure, so I needed to be somewhere that was comfortable, and Broadway is a great space to edit a film, so my team - Alice Powell (editor) and Sean Keaney (edit assistant) moved to Nottingham for 7 months. 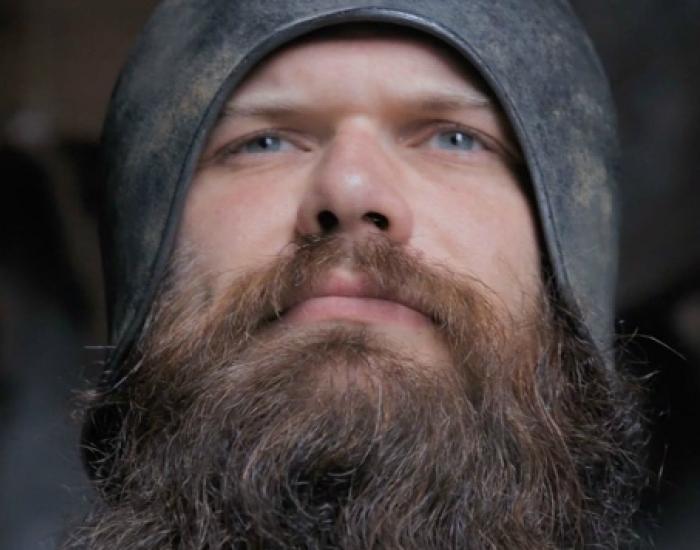 Can we ask about your documentary-making style? You’ve got quite a way of asking the right questions.

I’m really interested in finding out what makes people tick, and quite often that means spending a lot of time with people. It means getting to know them on camera and really looking for the small moments that happen in real-time, the distinctive moments that tell you something about their personality or character. In my films there isn’t always a lot of drama, but you go on an emotional journey with someone, and perhaps you feel differently about them at the end of a film than you do at the beginning, so I’m always looking for those small moments.

For example, Andy McClay (Stark Guard) in The Last Watch asked for a pair of boots in his costume fitting that are a size bigger because he knows that he needs to fit his thermal socks in, he’s absolutely endearing, the way he asks is really charismatic, and you know straight away that he’s been stuck on a cold field for many, many hours before.

I think a lot of what I do is about finding people that I want to spend time with and who I think audiences are going to enjoy spending time with too. Quite often it’s people that aren’t the obvious choice; it’s a bit like falling in love – you can’t quite put it into words but when you meet them you know.

You must have honed those observational skills at Broadway?

Maybe! I worked in participatory arts for years and, I’ve got to say you learn a lot when you work with large numbers of the public. When you have to show up and persuade a hundred pensioners to participate in an arts project, it’s the best training a documentary-maker will ever get.

Broadway is really important to me and has shaped my creative career. I didn’t go to film school but the films I’ve seen at Broadway have formed a film education. I’ve heard from the best directors, I’ve spent time hanging out in the projection booths, I’ve laughed, cried, and learned to nurture a love for cinema, in the dark surrounded by strangers.

I’ve always asked a lot of Steve Mapp, the CEO of Broadway, and come to him with strange requests like “Can I completely change the security set-up of the building?” and one of the absolutely brilliant things is Broadway has never said “No”, they’ve always said “How?” –  They have always responded to the ask with a creative way of saying “yes”. That is really nurturing.

Broadway has always believed in me as a creative person, and their support over the years has enabled me to sustain a career that means that my work is seen worldwide but it’s made from the heart of Nottingham.

Seahorse has its European premiere at Sheffield Doc/Fest and will be released later in the year.