Summer of Soul: A rediscovered treasure trove of Black music bursting with joy

Harlem, New York - summer of 1969. An epic event celebrating Black music, culture and fashion takes place to an audience of 300,000 people in the city's Mount Morris Park over the course of six weekends - spanning the entire summer - and featuring one of the most iconic music festival line-ups you could imagine. So why have we never heard about it?

Ahmir "Questlove" Thompson's glorious new documentary Summer of Soul (Or, When the Revolution Could Not Be Televised) uses newly rediscovered concert footage to tell the story of a forgotten chapter in Black music history.

Our Marketing Coordinator Cherelle tells us why it's a must-watch this weekend.

This epic event was the Harlem Cultural Festival, a series of free music concerts held in New York City in the summer of '69, featuring an incredible line-up of some of the era’s most iconic Black performers – Nina Simone, Stevie Wonder, B.B. King, Sly and the Family Stone, David Ruffin, The Staple Singers, Gladys Knight & the Pips, Mahalia Jackson and so many more. It was organised and hosted by colourfully charismatic promoter and nightclub singer Tony Lawrence, and local television producer Hal Tulchin, who recognised the significance of the event and resolved to document it on film. But unbelievably, he couldn’t interest any TV networks in the footage afterwards, and so it was stored away in his basement - for decades. Memories faded, and the festival was all but forgotten for 50 years. Until now. 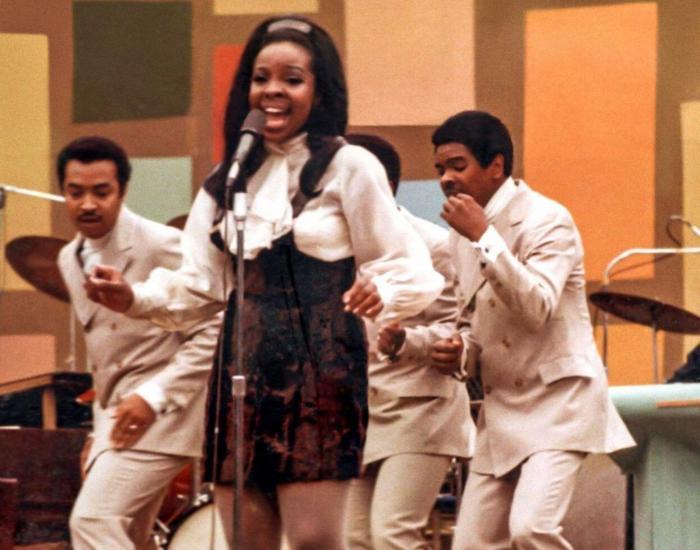 Summer of Soul is packed full of music moments so special you can’t believe you’ve never seen them before. Watch a teenage Stevie Wonder tear up a drumkit with an explosive solo at the top of his rain-soaked set, and just try to sit still as a baby-faced Gladys Knight performs her up-tempo rendition of I Heard It Through the Grapevine flanked by her show-stealing Pips.

“This film is packed full of music moments so special you can’t believe you’ve never seen them before.”

Even the footage of the crowds is amazing, giving us a colourful snapshot of Black America just as the civil rights era began to give way to a new dawn of Black pride - the natural hair, the unapologetically African fashions. This was an almost entirely Black audience of 300,000 attendees, gathered just two weeks before and 100 miles away from Woodstock, the music festival that - largely thanks to a 1970 documentary film - became a (counter)cultural touchstone that would define the era. As Summer Of Soul director Questlove laments, what similar influence might this event have had on a generation of young Black folks across the US had the footage reached an audience beyond that park in Harlem? 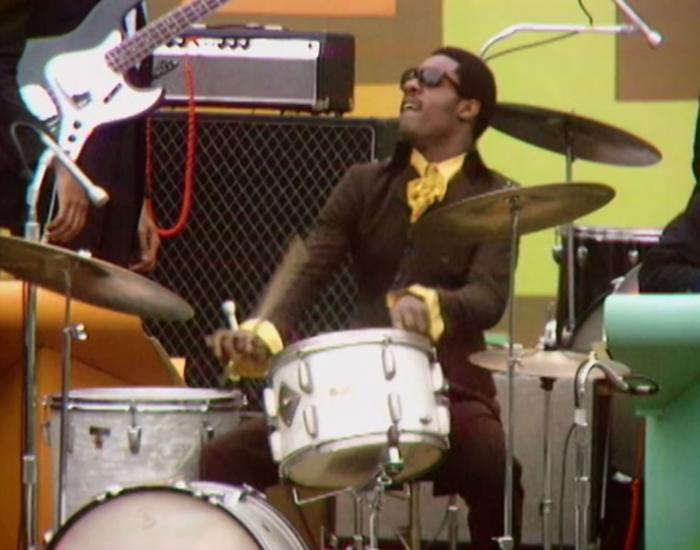 This stunningly vibrant concert footage is interwoven with archive news film and commentary on the social and political events running parallel to it, giving us a tangible sense of time and place - that this joyful festival happened amidst such unrest in the fight for racial equality for Black Americans makes it only more significant. This was a vital shared celebration for the disaffected, for a community still reeling from the assassinations of civil rights leaders Martin Luther King, Jr - just one year earlier - and Malcolm X three years prior to that in 1965, the latter within walking distance of where the Harlem Cultural Festival would take place.

“What influence might this have had on a generation of young Black folks had the footage reached an audience beyond that park in Harlem?”

Interestingly, on the third weekend of the festival in July of ‘69, the Moon landing takes place to widespread indifference from this Black concert crowd, as captured in interviews on the day - a feeling best articulated by revolutionary Bronx poet Gil Scott-Heron in a provocative piece from the time: “No hot water, no toilets, no lights - but Whitey’s on the Moon”. Black Americans were, after all, still waiting to plant their freedom flag here on Planet Earth.

And for many, a more relevant history was being made at home in Harlem. 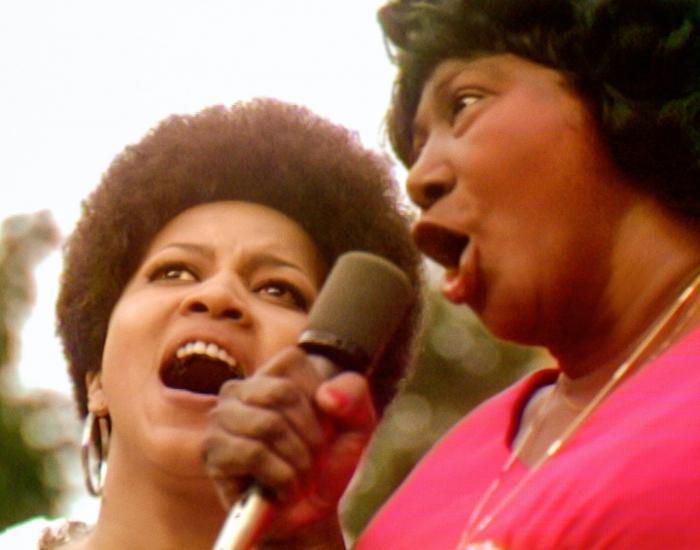 Prepare to feel your spirit leave your body and head for the clouds as the legendary Mahalia Jackson and a young Mavis Staples perform an impromptu - and truly transcendent - duet of the gospel song Take My Hand, Precious Lord.

A similarly powerful moment comes towards the end of the film as Nina Simone performs the then yet-to-be-released To Be Young, Gifted, and Black to a captivated crowd: “There’s a world waiting for you, yours is the quest that’s just begun” - at the close of a tumultuous decade in American history, this message of hope and resilience would surely have rung loudly in the ears of this young, Black congregation.

“This is not just a concert film, it’s a time capsule - straight from the heart of Black America, 1969.”

Summer of Soul is not just a concert film, it’s a time capsule - straight from the heart of Black America, 1969. It asks who gets to write the history books, and whose stories are not told on their pages. But at last, this revolution will be televised.

See Summer of Soul here at Broadway from Friday 16 July.