Eleanor heads up the Film Hub Midlands team, based at Broadway. She has years of experience in film exhibition and never fails to get excited when the hush descends on a darkened cinema space. She returns from this year's 75th Cannes Film Festival with her pick of the best films to look out for...

With a new ticketing system that had some technical issues but ultimately meant delegates could guarantee tickets instead of chancing it with long queues, I was able to make the most of my time there - greedily soaking up film after film serving as a much-needed reminder that cinema is alive and waiting to thrive, if we get behind it.

"A must-see from a brilliant new voice"

This wonderful feature debut from Scottish director Wells knocked me sideways. Starring Paul Mescal and Frankie Corio, it explores a holiday taken by 11-year-old Sophie with her dad in the late 90s as the adult Sophie looks back on her memories. A beautiful, moving film that resonated long after the credits rolled. A must-see from a brilliant new voice.

"rightly deserved the Best Director prize at the festival"

A stylish neo-noir from the director of The Handmaiden and Oldboy, anchored by a great performance from lead actress Tang Wei. Zipping through its 2hr 18min running time, Park Chan-Wook rightly deserved the Best Director prize at the festival for this intriguing take on the weary cop meets femme fatale trope.

"A unique, trippy 86 minutes of cinema"

Yes, this is the Donkey film. The one where the director, on winning the Jury prize, thanked all of the donkeys by name during his acceptance speech. A unique, trippy 86 minutes of cinema featuring a memorable cameo from Isabelle Huppert, it’s hard to sum up - but you should go and see the Donkey film when it comes out.

Another great feature debut, this time from co-directors Gammell and Keough (yes, the actress most recently seen in Zola). War Pony tells the interlocking stories of two residents of the Pine Ridge reservation, the winner of the Palme Dog for a poodle named Beast, who young father Bill (the hugely charismatic Jojo Bapteise Whiting) believes will turn his fortunes around.

Cronenberg’s Crimes of the Future has everything you want from a Cronenberg film and a neat central conceit - fans of his work won’t be disappointed. A certain aesthetic and thematic connection between Mark Jenkin’s Enys Men and Hlynur Pálmerson’s Godland would make for a fascinating double bill. Vicky Krieps and Gaspard Ulliel give wonderful performances in the terribly sad More Than Ever, and finally I greatly appreciated the relief brought by the gloriously silly Quentin Dupieux film Smoking Causes Coughing.

We hope to screen these titles as soon as UK distribution is finalised. Keep checking the website for up-to-date screening information. 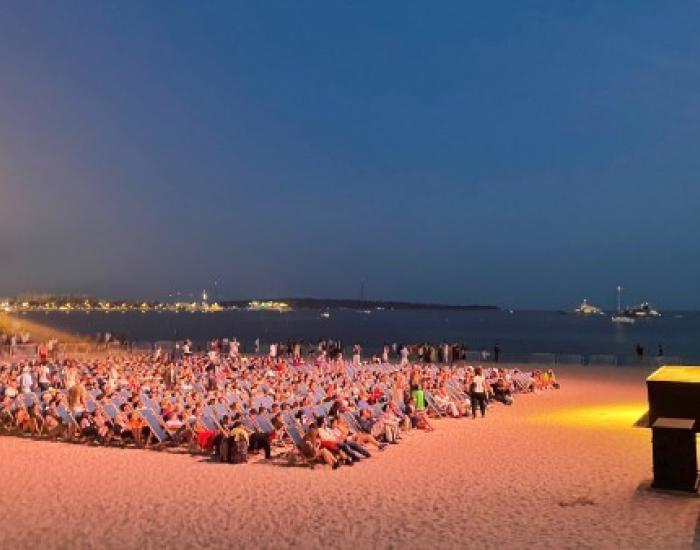