Five reasons to give Grease 2 a second chance

It's time to get "Back to School"! Author Helen Cox tells us why revisiting Rydell High this November as part of the BFI Musicals season isn't such a bad thing:

Set two years after the gang sang ‘We go together’, Grease 2 sees Sandra Dee’s unaccountably English cousin Michael Carrington (Maxwell Caulfield) enroll at Rydell High. On clapping eyes on chief Pink Lady, Stephanie Zinone (a blossoming but sullen-looking Michelle Pfeiffer) he vows to win her heart. The only problem is he has the wardrobe of an 87 year-old and takes the bus to school instead of riding a motorcycle.

How does a person overcome conflict of this magnitude? There’s only one way to find out, and that’s to watch Grease 2 for yourself. Though critics over the years have been quick to malign it, here are five reasons why you should give Grease 2 a second chance: 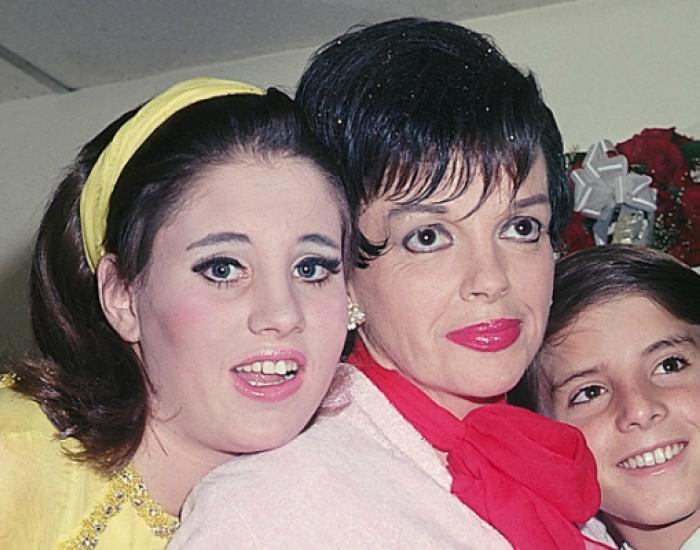 I’m not going to lie to you, there is only really one member of the Grease 2 cast who can sing reliably in time and on key, and it is Lorna Luft. Being the daughter of Judy Garland, it’s perhaps not surprising that her vocals stand out from the rest of the crowd. Luft plays Paulette, one of the Pink Ladies who revels in a sexually awkward moment with her biology teacher during the far-too-catchy ditty ‘Reproduction.’ Rydell High’s substitute biology teacher is Hollywood royalty in his own right. The role is played by Tab Hunter - a Hollywood heartthrob from the 1950s and 60s. And if that’s not enough for you, Grease 2 offers the opportunity to watch Michelle Pfeiffer in one of her earliest big-screen roles. If she’s not Hollywood royalty, who is? 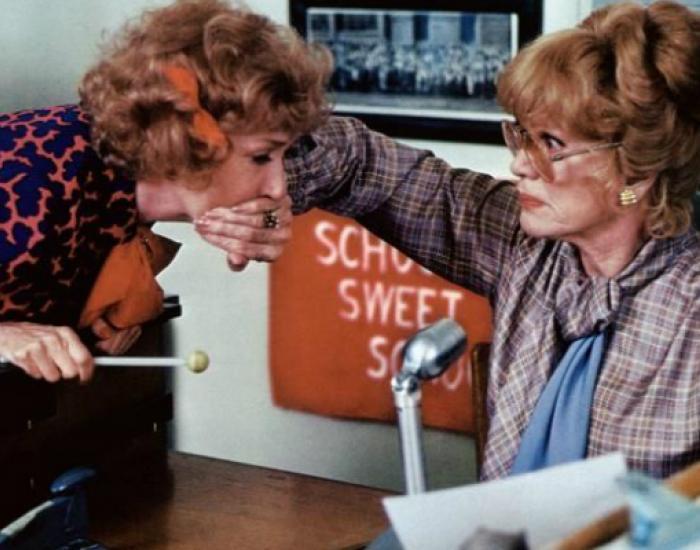 Fans of the first film will understand well that the school secretary Blanche (played by actress-comedienne Dody Goodman) is one of the most diverting characters at Rydell High. The only problem is, we just don’t see enough of her because we’re supposed to be more interested in a bunch of thirty-somethings playing teenagers. In the second film she, and the high school principal Ms McGee are given more screen time. Whereas in the first film Blanche was for the most part relegated to playing her xylophone, the writers rightly let her star shine a little brighter in the second outing and the film is more entertaining for it. 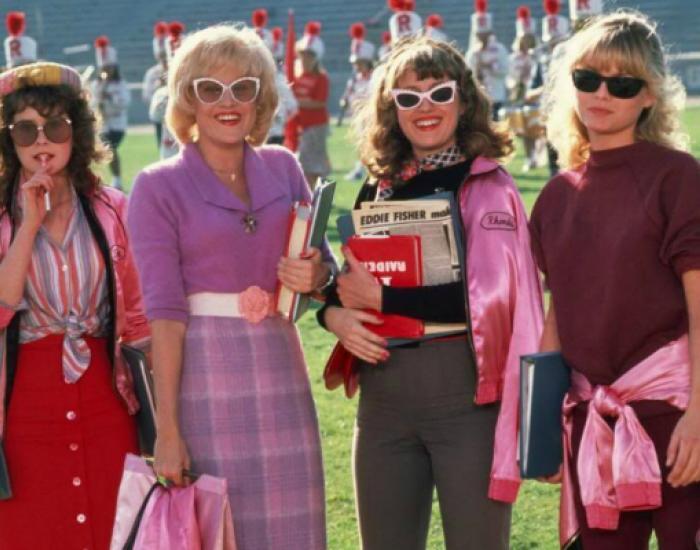 I know what you’re thinking, but hear me out.

Many a viewer just couldn’t choke down the ending to the first film in which Olivia Newton John sewed herself into a pair of skintight leather trousers to impress a boy. Such audience members will be relieved to know that although Michael does try to impress Stephanie with the leather look throughout the film, this is not ultimately what wins her affection. As she croons to him in the final song: ‘all that you are, is all that I need, no more pretending.’ I think we can all agree that a love like that is rare. Add this to Stephanie’s insistence that she’s so much more than somebody’s ‘chick’ and the vulnerability Michael’s character is permitted to show throughout the runtime and there can be no denying the refreshingly feminist flavor of this film.

4.PFEIFFER STRADDLING A STEPLADDER IS COOL 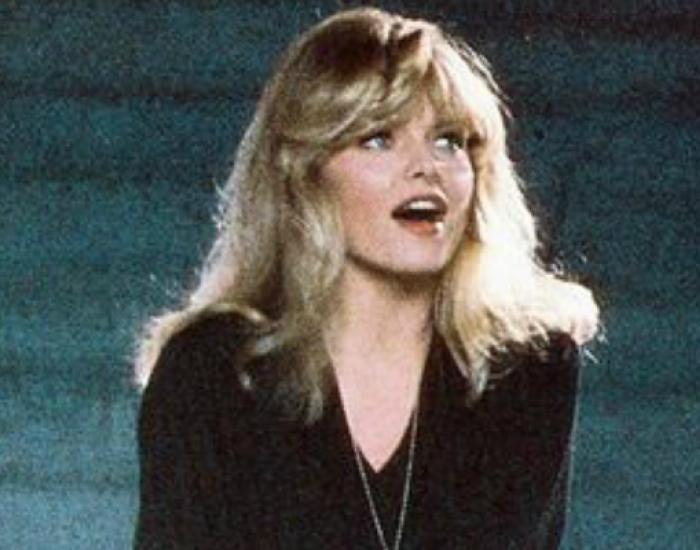 "I’m not sure this one requires too much explanation"

All I can say is that if I climbed a stepladder and tried to straddle it I could only dream of doing it with as much finesse as Michelle Pfeiffer does during what is probably the best-known song from the film: Cool Rider.

5.THE THREAT OF NUCLEAR WAR IS A REASON TO GO TO THIRD BASE 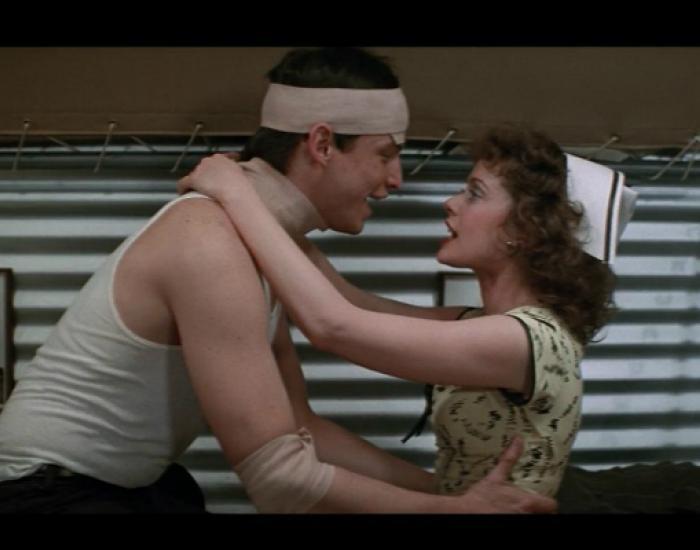 "Amazingly, nobody thought it might be a good idea to edit this song out of the final cut"

I’m citing this as a reason to watch the film mainly because it is a cinematic moment that sort of has to be seen to be believed. The song ‘Let’s Do It for our Country’ probably seemed like a good idea in somebody’s head in the hazy summer of 1982. Amazingly, nobody thought it might be a good idea to edit this song out of the final cut and thus we can still experience it in all of its cringe-inducing glory.

Helen will be talking at greater length about the charms of this neglected classic before the Grease 2 screening at Broadway Cinema on Friday 1 November as part of the BFI Musicals season. Tickets are now on sale.