Night of the Kings: A bold, imaginative tribute to Ivorian storytelling tradition

Spectacular, thrilling and absolutely unique, Philippe Lacôte's Night of the Kings is both an exhilarating tale of survival in one of the world's most dangerous prisons and a beautiful ode to the power of storytelling, as our Programme Coordinator Melissa Gueneau tells us here.

The Ivorian MACA is one of Africa’s most notorious prisons, and home to Ivory Coast’s most violent criminals. In Philippe Lacôte’s Night of the Kings, it is also ruled by one inmate alone. One man who controls the rest of the prisoners. But if that man finds himself unable to reign anymore due to illness, he must sacrifice himself and let another take over.

Night of the Kings starts as a young man arrives at MACA. He’s immediately noticed by the reigning king, Blackbeard, stripped of his name and anointed “Roman”. A red moon is rising and Roman is tasked that very night, to entertain the inmates with his storytelling. The king is sick, tensions are rising within MACA, and Blackbeard hopes that this new appointment will buy him some time as a group of inmates set their eyes on his leadership. Already overwhelmed by the chaotic political structure around him, Roman also discovers that much like Scheherezade, he must sustain his tale through the night if he wishes to survive.

"Showcases the full and beautiful nature of the art of storytelling, through memories and myth" 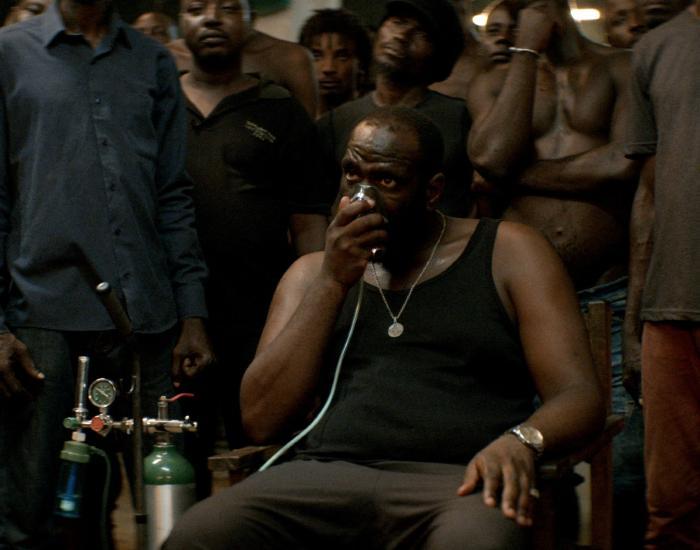 Night falls and Roman’s tale begins and soon the inmates fully immerse themselves in the story, breaking into dance and recreating some of the scenes he describes. Meanwhile, Blackbeard must make a choice and Roman’s storytelling is the only thing keeping chaos at bay.

Night of the Kings is a bold, imaginative and truly original film, that paints a complex portrait of life in prison and pays tribute to Ivorian tradition. Philippe Lacôte uses flashbacks and choreography to showcase the full and beautiful nature of the art of storytelling, through memories and myth. With gorgeous cinematography and memorable performances from a mainly unknown cast, Night of the Kings is a prison drama like no other, and an unmissable cinematic experience.

See Night of the Kings at Broadway from Friday 23 July.